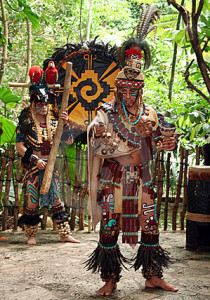 Most archeologists believe that the Maya were almost always at war.

Join us on an adventure through the Ancient Maya Culture of Central America! The Maya are shrouded in some of the deepest mysteries known to archaeologists! The Maya excelled at agriculture, pottery, hieroglyph writing, calendar-making and mathematics, and left behind an astonishing amount of impressive architecture and symbolic artwork.

The mystery is centered around their sudden disappearance. Most of the great stone cities of the Maya were abandoned by 900 A.D. and since the 19th century scholars have debated what might have caused this dramatic decline. In this class we will study this warrior culture and present the facts so that you can draw your own conclusions on what happened and where they went! 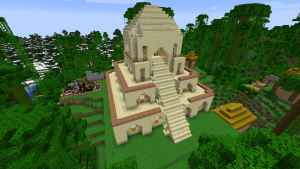 This student learned that Caracol was a densely populated city with a prowess in war.