These Courses come in both Middle and Upper formats (What’s the Difference?). Please be sure to specify which variant you would like on your enrollment. 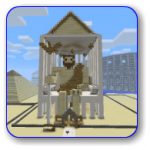 The amazing works of architecture known as the Seven Wonders of the Ancient World stood as a showcase to the ingenuity, creativity and sheer hard work of which human beings are capable.  They are also, however, reminders of the human capacity for disagreement, destruction and war.  Join us as we journey through all 7 wonders and make a few stops along the way.  It is a journey you will not soon forget. 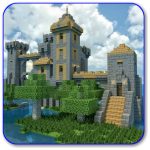 Culture in the Middle Ages is often described as barbaric.  Today we think of the glamour of kings and the Knights of the Round Table, but the reality is that most people had little to no rights and lived in poverty!  Are you ready to roll up your sleeves and experience the life of a peasant?  Polish your crown and work on your castle?  Engage in a friendly joust in the PVP based Knights Tournament?  Join us for an amazing adventure through the Middle Ages – Minecraft Style! 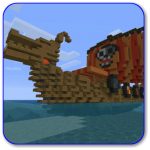 Do you know who the Vikings were?  With all the caricatures and stereotypes out there, there’s probably a lot you’ve never heard about the seafaring Scandinavians who raided and settled coastal sites in the British Isles and beyond between the ninth and 11th centuries.  Popular culture paints the Vikings as barbarians, pirates, thugs and killers, but were they?  Join us on this fast paced Viking adventure to find out!

The Maya are shrouded in some of the deepest mysteries known to archaeologists!  The Maya excelled at agriculture, pottery, hieroglyph writing, calendar-making and mathematics, and left behind an astonishing amount of impressive architecture and symbolic artwork.  In this class we will study this warrior culture and present the facts so that you can draw your own conclusions on what happened and where they went! 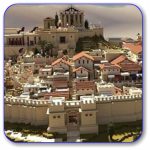 Cleopatra is dead.  The Roman Republic is gone. In its place, the government is now a dictatorship under the leadership of an emperor.  This is the beginning of the Pax Romana or Roman Peace, but the title is very misleading.  There really wasn’t peace, and the details will raise your eyebrows!  Join us for an exciting look at the truth behind the Pax Romana. Conquests, criminals, and riots abounded, so why was this called a time of peace?  Join us and find out! 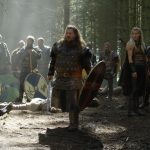 A mysterious people in the dark of the past. The Romans called them barbarians and thought of them as savages, without culture. What did they believe in? What did they fear? What was their relationship with Rome, the world power. What have they left behind and what do we know of them? Who were the Germanic Tribes? All of these questions will be answered as you delve into this mysterious Norse Mythology course. 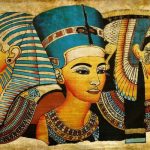 Ancient Egypt was an early example of a massive civilization spanning thousands of years. In this course we will look at Egypt’s great queens, their science and technology that enabled them to build massive architectural wonders, their language and the importance of the Rosetta Stone, and all of the reasons that this was considered a Golden Empire and Age. Join us on an in depth look at Ancient Egypt.